I had a moment here near the end of my Officer Candidate School course, so I thought I'd post a blog. It has been several months since I have been able to do so since I joined the United States Army. It is an honor to be nearly ready (graduation is 08 Jan 2009) to walk that stage and take the Oath of Office as an officer of the United States Army. 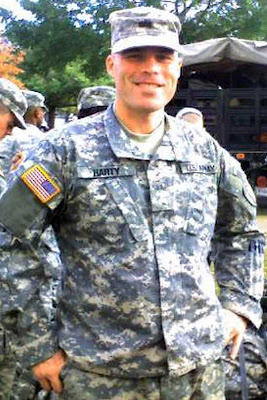 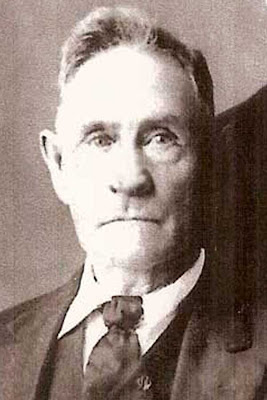 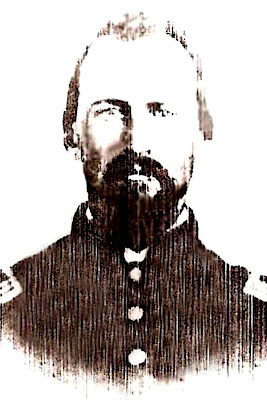 The Civil War is a fascinating time to study and try to apply in life today. Not only from a military history point of view, but the social impact of the War. This looking back at ancestors and why they did what they did at the time is important for me personally to seek out understanding. And hence, much of the reason for this blog!

At any rate, below you'll find some actions of the 8th Misssouri Cavalry Regiment, CSA in December & January months of the Civil War. I hope you enjoy the post. I also hope it causes you at this time of the year to honor our Savior Jesus Christ more especially than you may normally, that you may think on those who followed His example. There were many who were willing to sacrifice themselves to preserve their rights of government throughout our entire history as a Nation and people. There were many who were willing to sacrifice themselves to preserve the benefits of Union. Of course, protecting one's family is always a chief reason for nearly all who have or will serve this Nation. All those ideas are worth fighting and possibly dying for. I hope your heart goes out not just to the men of the 8th MO, but all those who made this Nation what it is today.

Well, there wasn't a whole bunch of fighting that occurred in these months, but there was some interesting action. Marmaduke's First Raid began by starting from Pocahantas, Arkansas, (which is in Northeast Arkansas) on New Year's Eve, 1862. He drove Northwest of that position to just east of Springfield to a town called Hartville, Missouri. His forces took a garrison there on the 9th of January, and then looked for more. Brigadier General Merrill, US, came out to put a stop on the action. Although his Yanks were pushed back to Marshfield, they dug in and inflicted a great deal of casualties (329 Confederate dead to 79 Union dead). But in the end, after over 4 hours of fighting, the Yanks under Merrill chose to retreat from the field, thereby handing General Marmaduke the victory. But, fearing to be cut off in enemy lines, he retreated back into Arkansas. Not a whole lot was accomplished by this action, really. It was designed to take the heat off the other Confederate forces in Arkansas, but it didn't affect this much at all.

Just a few days before this raid, the 8th Missouri was formed on Christmas Day, 1862 near Van Buren, Missouri in South-Central Missouri in the beautiful Ozarks. I bet it was a crisp, early winter day that 25th of December, but it surely was a bleak time for the good citizens of Missouri. They didn't even get a chance to enjoy Christmas with family that year! I'm sure the boys brought their own gear, horse and of course clothing. Families and sweethearts were left behind to defend them from the depredations of an invading host.

It appears that Marmaduke was rip roarin', ready to go to put the newly formed force in action, so as to atone for the loss at Elkhorn Tavern in March earlier that year. I bet they were hoping for a battle or two that would come out something like Oak Hills. I'm sure all the boys of the 8th MO were eager to defeat and expel them blue bellies from Missouri! But it never quite worked out like they all hoped for in the 8th, but they sure did all they could to bring it to pass. Marmaduke sure had some funky hair, eh?

Congratulations on your soon-to be officers position. My name is Annie and I’m a historical interpreter at Fort Delaware. Do you have any info on Washington L. Watkins (captured Nov 1863)? I already clicked on the roster link on Angelfire and read what was written there. If you have any more info on him, please let me know. I would be glad to send you some excerpts and letters of Jeff Thompson’s time at Fort Delaware, if you don’t already have them. Is there a way to exchange e-mail addresses over site?
thank you!

Brent, this is a great addition to the 8th Missouri Cavalry blog. I would be interested in seeing the comments that Annie made about concerning Jeff Thompson. Merry Christmas Lt. Harty.

Annie...somehow I never saw your post. I guess at that time I was on my way to see wife and kids for the first time in several months, and must have been quite distracted. But your question is important to me. I would love some info on M. Jeff Thompson!! If you see this, my email is csaharty@yahoo.com - I hope you do!

Yea, that was a crazy hair style of the day!!