The Battle of Helena has been noted as desperate of a fight as there was in the Civil War. Largely unknown by many Americans, it occurred on the same day as the surrender of Vicksburg, and of course, a day after the Confederate defeat at Gettysburg. But it is important to not forget those who died trying to capture Helena, as well as those Union soldiers who did such a great job of defending the garrison at Helena, Arkansas. Losing both Vicksburg AND Helena on the Mississippi on the same day was a crippling defeat for the Confederacy. It was especially hard on Gen. Kirby Smith's department, who was now left totally to fend for themselves west of the Mississippi River. 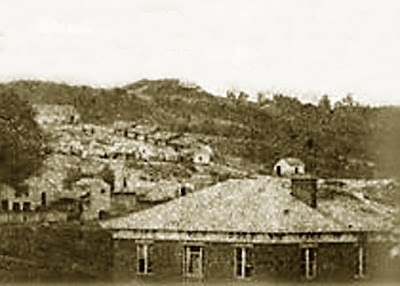 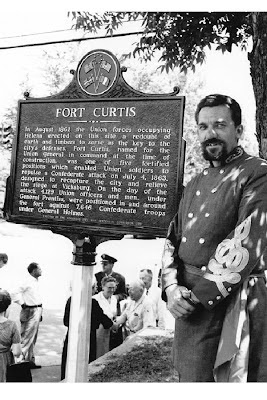 One interesting and sad note is that General John Marmaduke was furious with another commander, Brig. General Marshall 'Marsh' Walker, due to his failure and unwillingness to come up and support Marmaduke's flank. The action would have helped along Marmaduke's efforts that day, but would have likely done little to help the task along to victory. Nonetheless, Walker paid for this failure with his life, in a duel with Marmaduke on September 6 later that year. The next day, General Walker's wife rode in haste to see her dying husband at Little Rock, and subsequently gave birth to a son, Lucius Marshall Walker, Jr. What a sad tale!

Here are a few lines from the Wikipedia entry on Walker:
Walker felt that he had been unjustly accused of cowardice and challenged Marmaduke to a formal duel. “I have not pronounced you a coward,” Marmaduke wrote, “but I desire to inform you that your conduct as commander of the cavalry was such that I determined no longer to serve you.” Maj. Gen. Sterling Price ordered both officers to remain in their quarters in an attempt to prevent the duel. However by an unfortunate series of mishaps, the orders were not delivered to Walker.

At dawn on Sunday, September 6, Walker and Marmaduke squared off with Colt Navy revolvers on the north bank of the Arkansas River near Little Rock. Both fired and missed. Marmaduke then recocked and fired a second time, mortally wounding Walker in the right side, just above the beltline. Walker forgave Marmaduke when the latter offered his assistance. 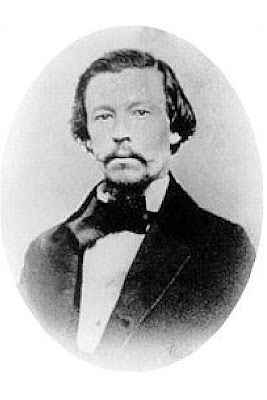 In light of the short supply of strong, trained & capable Confederate leaders, this seemed to be unthinkable that such action occurred. But it was indeed a different world back then, and apparently was acceptable. Nonetheless, it was surely a very sad loss for all involved.

For the Confederates, the battle had been a disaster. Of the 7,646 men involved, 173 were killed, 687 wounded, and 776 missing or captured for a total of 1,636. Nothing had been gained, and desperately needed men had been lost. A Union soldier summed up the battle in a letter to his father: "The general opinion here now is that the enemy fought desperately and with a bravery and determination worthy of a better cause." Years later, a Confederate officer who had lost both hands on Graveyard Hill to a shell from the Tyler wrote, "Since that day at Helena I tell the boys I would rather buck against a voodoo than to try to down Old Glory on the Fourth of July... Yes, the union is good enough for me on the Fourth of July and every other day in the year, and I don't regret the price I paid for finding out!" 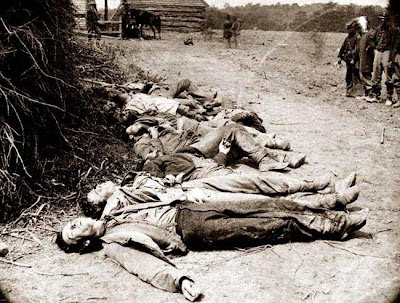 A Wisconsin soldier who visited the area around Graveyard Hill shortly after the battle wrote, "The battlefield is no pleasant place to visit, covered with men wounded in all ways-some with brains exposed, others shot through the body with grape shot, or a larger ball still sufficient to nearly cut the body in twain. But if there is anything that calls on the sympathy of a man it is to look upon a wounded man, with deathlike and pale face, groaning and wreathing with the greatest possible pain." Another Wisconsin soldier wrote to his father, "[J]ust to see the rebels lying in piles where they charged up the hill. It was awful. I never want to spend another such a "Fourth of July." 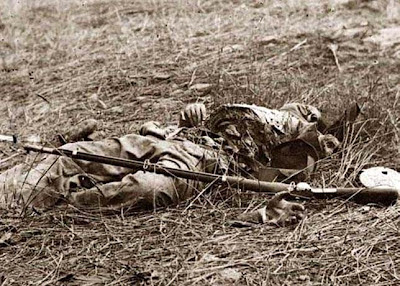 The demoralizing effect that the defeat at Helena had on Arkansas's Confederates was compounded by the news that Lee had been repulsed at Gettysburg on July 3 and was retreating south into Virginia. Even more devastating was the news that Vicksburg had surrendered to Grant on July 4. Fontaine Richard Earle fully understood the significance of this turn of events. He wrote to Amanda, "This Department is now fully cut off from the Eastern portion of the government, and we must stand or fall alone. No helping hand can be extended across the Mississippi River to aid us.... The varying war-cloud is now growing dense and dark, but hope looms beyond.", As the late summer of 1863 approached, even hope was coming to be in short supply.

To the author of this blog,I appreciate your effort in this topic.