You might recognize much of this post from about this time last year. But it tells the story well, so why reinvent the post?! Enjoy reading about how the men of the 8th MO Cavalry under Major General Sterling Price gave their Yank counterparts under their reluctant leader General Frederick Steele, all they wanted and a bit more.

Well, starting March 23, 1864, General Frederick Steele's 'Frontier Division', begrudgingly started south to assist Gen. Banks for work against Shreveport. It took an order from the newly appointed Lt. General U.S. Grant who said, "Move your force in full cooperation with General N.P. Bank's attack on Shreveport. A mere demonstration will not be sufficient." Steele preferred inaction from his Little Rock HQ, but south he marched all the same. 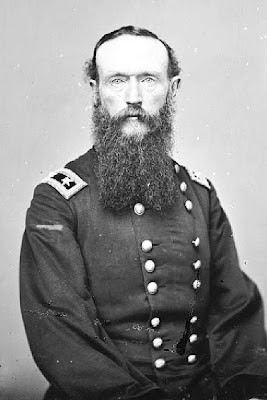 General Frederick Steele
So 'Old Pap' was ordered by Gen. Kirby Smith of the Trans-Mississippi Department to stop Steele's advance - if he could do so without much loss. "Do not risk a general action unless with advantage to yourself. You fall back toward reinforcement." 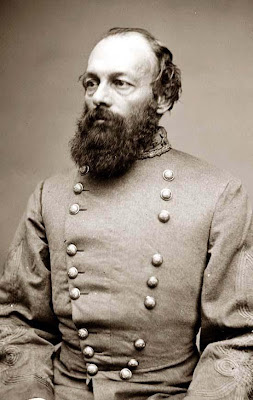 General E. Kirby Smith
So Pap sent in parts of General Marmaduke's Brigade who was to harass Steele. They got right to work. To make a long story short, although the tallies below look like the 8th MO Cavalry was on the losing side of the battle, the fact is, Steele's so-called Camden Expedition didn't go at all liked planned nor hoped by anyone...except those on the Confederate side. In fact, Steele's Frontier Division just barely made it back to Little Rock before General Kirby Smith and gang could destroy them in detail. So after a little over a month, Gen. Steele was right back where he stated, and much worse for wear. Truth be told, this is considered hands down the worse Union loss in all the engagements of Arkansas during the War.

Of particular note though, on March 14, the day before Grant's telegraph came to him, General Steele did oversee by military force, the vote of the "reconverted 'loyal' ten percent of the state's voters" that would allow Arkansas to be represented in the Federal Congress. This was a recent development of President Lincoln to restore the Union called the Proclamation of Amnesty and Reconstruction in December of 1863. Of course, much of the other 90% of the voters were out fighting with General Price throughout the state, but hey, wishful thinking is always a good thing, right?! This was a worthy accomplishment by Gen. Steele to cut him some slack.

So, it would have been good if Steele would have just 'stayed home' like he wanted to, because even though he was numerically superior, he was not able to overcome the superior fightin' man in the ranks of the Confederate force that awaited him under Pap Price! 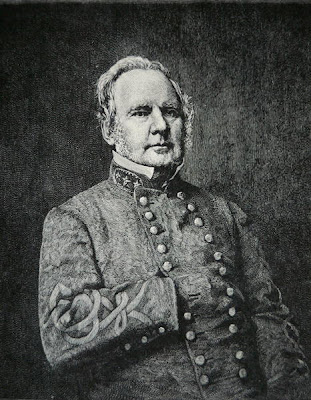 Operations Against Steele’s Expedition from Little Rock to Camden, Arkansas Mar. 23 – May 3, 1864