Battle at Old Fairgrounds in Jackson

On 3 June 2009 the Cash-Book Journal published an article on the account of the Battle at the Old Fairgrounds in Jackson. This running skirmish was a great example of many of the battles that occurred in Missouri. Jackson is a town near to Cape Girardeau, Missouri, my hometown. This is also the home area of many of the men of the 8th MO CAV Regiment. The account below is from that article on 3 June and is taken from the perspective Luther Jenkins from Co. F of the 8th MO CAV Regiment. If you want to read a very in depth description of the activities that day so long ago, follow this link written by Kirby Ross. Also, there is a Federal perspective of the accounts of that day in the news article, but due to length of post and time chose not list it here. 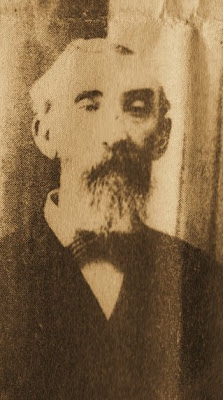 This battle was a Federal rout, even though the Federal forces had a 69 to 22 man advantage. CPT Flentge never employed his whole group in force, nor were the attacks coordinated. Surely if he had take more time to organize a plan, instead of losing command and control, the outcome may have been completely different. Heck, he might have taken the future COL William Jeffers out of the fight...who knows? Instead CPT Jeffers went on to organize the 8th MO CAV Regiment later that year in December 1862.

Brent, thanks for posting the article. This small engagement of Confederate and Union soldiers is truly an example of many of the brief skirmishes that dotted the landscape of the beleaguered Missouri. Always interesting to read of the account though. The humor of the author of the account illustrates how soldiers, on both sides,used levity to hide their uneasiness about situations that they found themselves in from time to time. I look forward to seeing this site again as we are going down to Cape for the Lewis Family Reunion on Sunday. Captain Samuel Lewis is not connected to our group. Don't know where he came from. Thanks again for the great post.

Dad...thanks for the comments. I wish I could go look at where the battle went on. Please take some pics for me and I will add them to the post. Yea, not sure about the CPT Lewis guy. I knew he wasn't directly related to us. He must have had more pressing matters at home to take care of...I hope!

My great-grandfather was James Henry Flannery who served in Company A of the 8th Missouri Cavalry, CSA. I am interested in finding a list of the battles his unit was engaged in, but I have no idea about how to start. If you have some suggestions or have a list, I would appreciate it if you would contact me at my email address. As an aside, my great-grandfather saved all of his civil war papers and they show he was inducted at New Madrid, MO. the roster you have a link to shows him being inducted at Zalma, MO. His parole papers show he was released at Baton Rouge, LA and they are signed by General E. r. S. Canby. Thanks for doing such a great job with your website. Jackson, Missouri is my hometown and I learned so much about the battle there from your website.

ARF551...thanks for the post and glad you learned something from the site and enjoyed it. Sounds like you have some great personal history pieces. BTW, sorry it took so long to respond...apparently the blog is not sending me responses like it used to. Pretty much the engagements were all the same (give or take here and there) for the entire 8th MO CAV REG. The best resource is James McGhee's book, Campaigning With Marmaduke - Narratives and Roster of the 8th Missouri Cavalry Regiment, CSA. I bought it and use it all the time. It has all the engagements in it. But there are also listed on the blog. Jim gave me permission to use the info on the blog. It is a good book, and I'd highly recommend adding it to your collection. BTW, I was born in Cape and I have still have family in the area (Holdiness, Brinkopf, Harty). You may know them. I'll try to contact you via email. Just in case, mine is csaharty@yahoo.com. Look forward to talking with you about all this!

ARF551...are you sure he paroled in Baton Rogue, LA? The 8th MO is historically paroled in Shreveport, LA. Here is a note on your grandpa from McGhee's book...

BTW, this is the same day as my grandpa, Joseph G. Lewis of Co. B. 2LT Lewis was actually listed as commanding Co. A at the time of parole though, so I'm sure the two men were well acquainted over the 4 year span of time.

Here are some of the entries from the site that will answer some of your questions.

Just look down the blog. I highlight some of the battles of the 8th MO. Be aware, not all battles listed the 8th MO participated in, but most of them are. Please email me at csaharty@gmail.com to communicate. I can't find your email in your post.

Hey..great read from local history..it seems most of it is swept under the rug in this area..why Im not sure..Ive been researching local battles and skirmishes..trying to lacate old maps ect..not having much luck at all..any tips or maps ect would be helpful..I cant even find where the old fairgrounds was located..its like everyone just wiped the slate clean..thanks! Brian Sullivan

Hey..great read from local history..it seems most of it is swept under the rug in this area..why Im not sure..Ive been researching local battles and skirmishes..trying to lacate old maps ect..not having much luck at all..any tips or maps ect would be helpful..I cant even find where the old fairgrounds was located..its like everyone just wiped the slate clean..thanks! Brian Sullivan