Well, the boys of the 8th Missouri Cavalry didn't waste much time trying to get back to home soil and beat back the invading Federal forces once they re-mustered to Confederate service on 11 December 1862 at Pocahontas, Arkansas. Of course, many of the troopers already had about a year of experience under their belts from their time in the First Division of the Missouri State Guard. But under Colonel William L. Jeffers, they had formed a new Cavalry Regiment, the 8th Missouri, CS. Approximately 900 strong, these troopers were ready to save their families, homes and really their hopes, dreams and Constitutional rights of self-government and determination. I can only imagine that their spirits were high as they stepped off to attack enemy strongholds.

The Battle of Hartville was the first action of the newly formed 8th MO Cavalry Regiment. Here is one synopsis of the battle. Another description is here for your historical pleasure. The red county is Wright County Missouri. Greene County, where Springfield is located, is depicted in the map to the right. 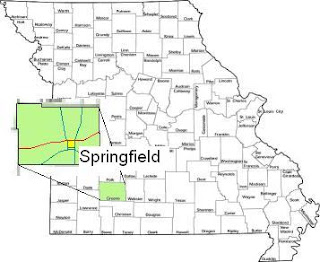 If you follow the links above there are some pretty fair descriptions of the importance of this battle. Perhaps this bit from Wikipedia on the battle sums it up the best:

" Elements of both sides observed the other withdrawing from the field as night approached, and both claimed victory as a result. The real results were mixed. From the Union command's perspective they had repulsed Marmaduke's assaults inflicting heavy casualties, but the Federals had been forced to leave the field. From the Confederate perspective Marmaduke had united his force and secured his line of withdrawal. He set up a field hospital in town and could claim to control the field briefly. However, he was compelled to make a rapid retreat into Arkansas and then an arduous trek to winter camp. Additionally, the frontal assaults had resulted in the death or mortal wounding of several senior CSA officers including: brigade commander Col. Joseph C. Porter, Col. Emmett MacDonald, Lt. Col. John Wimer, and Major George R. Kirtley.

The raid itself caused great disruption of Federal forces in the region and a number of small outposts had been overrun, destroyed, or abandoned. However, the other major objective, the depot at Springfield, remained in Union hands. The successful escape of the raiding party did foreshadow the vulnerability of Federal Missouri to fast-moving expeditions."

Indeed, this was not the last raid that Brigadier General Marmaduke undertook with his fine cavalry units. In reality, the units involved, including the 8th Missouri Cavalry Regiment, were very much alive in the fight in the often over-looked Trans-Mississippi Department throughout the entire portion of the War of Southern Independence. In fact, just a year and half or so after this battle under Major General Sterling Price, the largest cavalry movement on the American continent would occur - albeit with far more grandiose aims than taking an armory in Springfield - Price's Raid of Fall 1864 with the Army of Missouri. 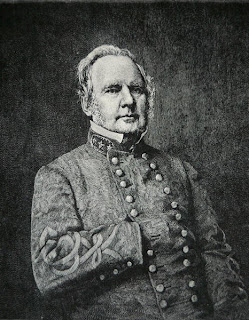 Too bad MG Price didn't learn the lesson from this movement in early 1863 - the merits of a fast moving expedition. That ill-fated expedition bogged down until they barely made it back to the safety of their territory. There is a great thesis written by a MAJ Dale Davis which discusses some methods MG Price could have used to win in Missouri (I recommend you read it...). But that is the subject of other posts on this blog!
Posted by CSA Brent at 6:13 PM

There is a grave stone in a museum in Polson, Montana for John Tracy, 1LT, Co. D. 8th Mo Cav. They are looking for its home. Apparently it was pilfered from a cemetery, where(?). I can't find a reference to a John Tracy in 8th Mo Cav. Any ideas? Jim

This MAY be for 8th Cav which served in Spanish American War. D Troop (not company). That company never left North Dakota. Perhaps the MO was meant for MT, and Co was substituted for Troop. Jim

I've been researching my family history in the confederate army and was wondering about the colonel William L Jeffers mentioned above. I have a PDF document that says his name was William E Jeffers and the family history research even gave both middle initials and said basically it didn't know what one is correct because the stories are the same for both names,just the middle initial was different. It said to refer to civil war sites to find out what one is correct.
Do you know what the "L" initial stood for and is this name 100% accurate? Also I was looking for a picture of him..
Curious because I am related and my name happens to be William E Jeffers and from Arkansas. Thank you for any information. Reply any info to willjeff479@gmail.com if you don't mind, that way I am sure to get it.

Very brave-hearted youth men always be the saving of our earth in any point. Thanks for sharing these memories to remember.

properties for sale in coimbatore | flats for sale