Artwork of the 8th Missori Cavalry 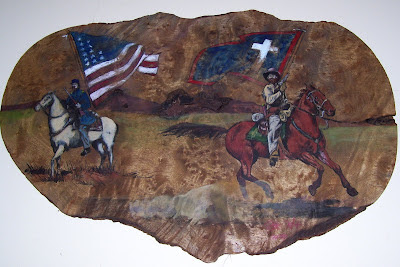 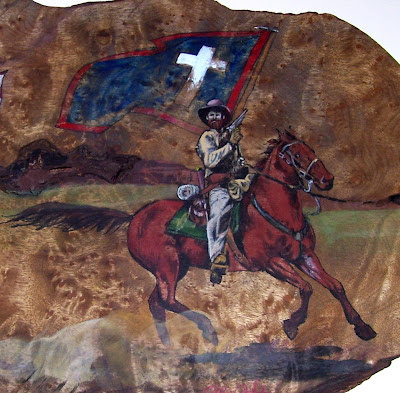 2nd Lt. Joseph G. Lewis, Cos. B & A
In this picture, you can see the grain of the myrtlewood under neath. The piece is a mixed media, done with India Ink and acrylic paints. It is kinda in between a sketch and a painting. I can do these fairly quick (it took about 8 hours to do). A full painting or drawing takes a long time. I get bored with that. Most folks get the gist from a simpler piece anyhow. So the extra effort is wasted in my opinion. 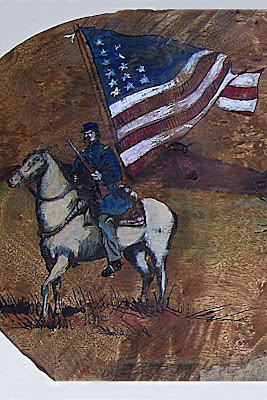 Your picture was really good!!! I'm glad you take such a strong interest in your fathers family. Most kids just live for the day. Nice to see that you have a desire to keep the past apart of the present.

Thanks for kind words, Aunt Ramona...glad you liked it! If the past isn't preserved, the future is doomed. So I work hard to preserve it today, and hope some of our kids take up the torch someday. I guess I have continued to a degree with Dad's interest in history. bh

I really liked the Civil War Horse piece. It looked really cool on the wood.

Thanks Fan, I'm glad you liked it! Yea, that myrtlewood really showed through nicely.