After sending General Steele's Army skedadlin' back to Little Rock, the boys of the 8th MO got to work elsewhere in Arkansas. They traveled down to southeast Arkansas to harass watercraft coming to and fro on the Mighty Mississippi. Below is an account from Jim McGhee's Book, Campaigning With Marmaduke. 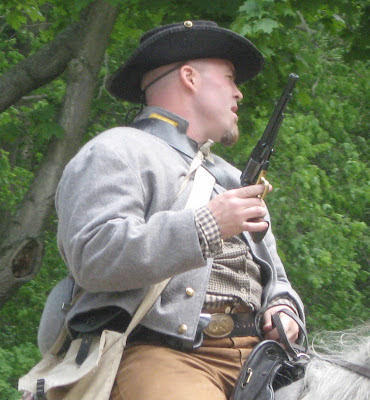 "From here (Jenkins Ferry) we drifted south until we went into camp on Old River Lake in Chicot County, and perhaps one mile south of where Ditch Bayou emptied into the lake. Here we remained fishing and fighting mosquitoes until the 6th of June. On the morning of that day the Federals ran up a marine fleet and twelve or fourteen transports loaded with soldiers and batteries. Very soon they commenced unloading them for the purpose of giving us battle.

Our fighting force did not exceed over two thousand men, while that of the enemy was at least three times that many. When the Federals commenced moving on us, we fell back across the bayou and destroyed the only bridge that was over it. Here we made our stand.

For several hours the fighting was fearful. The enemy would move on us column after column through the field, and when they would get near the bayou, firing opened on them from our lines, and such slaughter for the short length of time was ever witnessed. Very soon the enemy began throwing pontoons across the bayou above us for the purpose of making a flank movement and surrounding our forces. Then the retreat was ordered, and we fell back through Lake Village and across Bayou Mason where we called a halt."

McGhee has in his footnotes a few notes about this operation.

"During the operations in southeastern Arkansas, Colonel Colton Greene commanded Marmaduke's Brigade. Between May 23-June 2, 1864, Greene reported having attacked 21 boats of all descriptions on the Mississippi River, with the result that his forces had disabled 5 gun-boats, and badly damaged 5 transports, while also sinking 1 transport, burning 2 and capturing 2 others. Greene's activities seriously interfered with the navigation of the river which prompted the Federals to take action. {10,000 Federals on 26 transports were dispatched} to bring Greene to battle. After landing on June 6, 1864, the Federals expected to make quick work of Greene. In this they were sorely surprised, as Greene fought them to a standstill, aided by a torrential rain that fell during the battle and the advantage of terrain. The Federals suffered as many as 250 casualties before Greene yielded to vastly superior numbers and ordered a retreat. Greene reported loses of less than 40 out of the 600 cavalrymen he had available to contend with the Federal command." 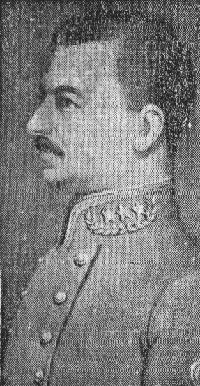 Colton Greene was a very interesting character and went on to successfully re-build his substantial financial loses of the War, and became one of the leading citizens of Memphis. You can read a little about him at this link. General Basil Duke, brother-in-law of General John Hunt Morgan said, "I never knew a better man or a more thorough gentlemen."

And I think we'd all like to have similar things said of us.

I continue to be amazed at the information that Jim has in his book. Thank you for posting this information. It was very enlightning and it portrays how small forces can defeat larger ones if they know who they are, why they were there and where they hope to go. Great job Brent!

Yeah, I was thinking the same thing. It's amazing what a small group of determined people can accomplish.

Yea, Jim has a great deal of stuff in that book. This was just a snippet. It is cool to think of what a few can do in the right place at the right time...with the right belief in one another. I'm glad you liked it.