I'm a bit late with the anniversary of this post, but since I've been quite busy and away for almost 8 weeks at the 'Ft. Benning Army School for Boys', you'll just have to forgive me for my lapse in posts! So here are the circumstances leading up the Camp Jackson Massacre. 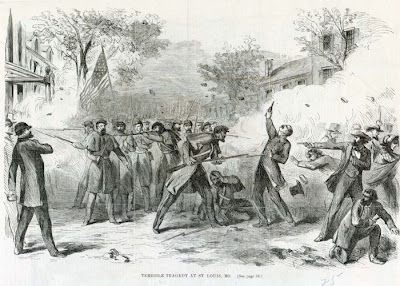 "Sir: Your dispatch of the (April) 15th instant, making a call on Missouri for four regiments of men for immediate service, has been received. There can be, I apprehend, no doubt that the men are intended to form a part of the President's army to make war upon the people of the seceded states. Your requisition, in my judgment, is illegal, unconstitutional, and revolutionary in its objects, inhuman and diabolical, and cannot be complied with. Not a man will the State of Missouri furnish to carry out such an unholy crusade." 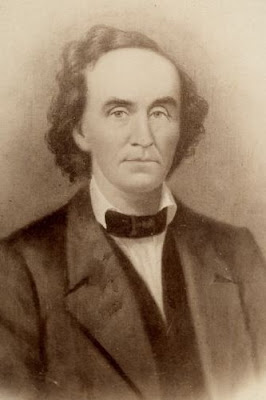 Governor Claiborne F. Jackson
You see, most of the delegates to the special convention of 18 February 1861 voted to keep Missouri in the Union conditionally. That is, Missouri should remain in the Union so long as her rights were protected by Constitutional guarantees. Another strong concern was that there was no desire to have Federal forces move throughout the state.

To make a long story short, Francis P. Blair, a Missouri congressman and outspoken Republican party leader in Missouri, got President Lincoln to secure the transfer of Captain Lyon to manage the arsenal in St. Louis. There was a great stand of weapons at the arsenal (which contained 60,000 muskets, 90,000 pounds of powder and 1,500,000 ball cartridges) and Lyon managed to move all these precious small arms to Illinois. 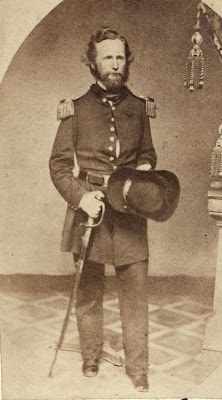 But Governor Claiborne did not sit idly by as men worked to bring armed force into his state. On 20 April he quietly had men secure the arsenal at Liberty, Missouri. Then on 2 May he called a special session of the legislature to assemble & discuss duties of protecting the people of the state and that secession was a strong choice to make. He also asked to mobilize and grow militia forces within the state. Next he instructed the state guard to meet in camps throughout the state, beginning 3 May, for 6 days of training.

One of these camps was Camp Jackson in St. Louis. To shorten the narrative here, a force under General Daniel M. Frost of 800 men or so, were drilling at Camp Jackson. On 9 May, Captain Lyon came into the camp disguised as a women (an appropriate outfit for him - obviously it was quite convincing as he came and went undiscovered!) and noted that there were some arms (intelligence suspected they were sent by the Confederate Government from an arsenal in Louisiana, as General Frost was a close friend of President Davis) on hand, as well as the men drilling. 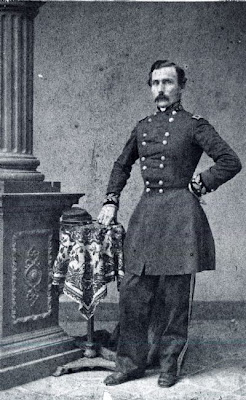 General Daniel W. Frost
So on 10 May 1861, Captain Lyon came into Camp Jackson with a force of over 7000 men. Of course, General Frost had no choice but to surrender, and peaceably did so. But at this point, a crowd had formed.

The crowd was angry at the "Dutch" (really most of the troops were of German descent) troops and started to taunt them for capturing the men. The German troops called themselves the "Die Schwarze Garde". The crowd started calling them 'The Black Guard' and other insults. Then debris started to reign in on the troops from the crowd. Even a few random shots are purported to have rang out from the crowd toward the troops. The nervous & undisciplined troops, temporarily leader-less (Lyon got off his horse to square things away and got kicked unconscious by his horse!) got antsy and fired back.

This atrocity resulted in upwards of 28 civilians killed and injured (depending on the report you read). Several youth were killed. A mother with her child in her arms was slain by these ungoverned soldiers. This horrible & needless act divided the once neutral State. Captain Lyon's unprofessional leadership and rash decision making caused tens of thousands of Missouri men to enter battle and die, often fighting against one another. The destruction of property ran into the millions. Countless families were interrupted from their normal routines and forced to flee the state, or somehow try and scratch out a living in a war zone.

Captain Lyon can be held utterly responsible for the Camp Jackson Massacre. Additional violent repercussions happened in St. Louis later that day and into the next. Fear abounded and efforts were taken on both the Union and Secession side of thought. Civilians feared destruction and left their homes and fled to Illinois. They were turbulent times indeed after the Camp Jackson Massacre instigated by Captain Lyon. 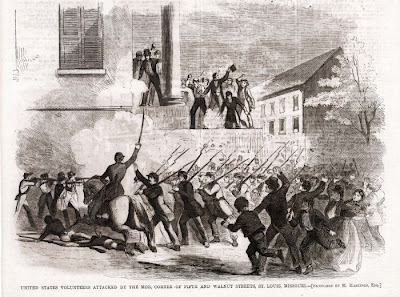 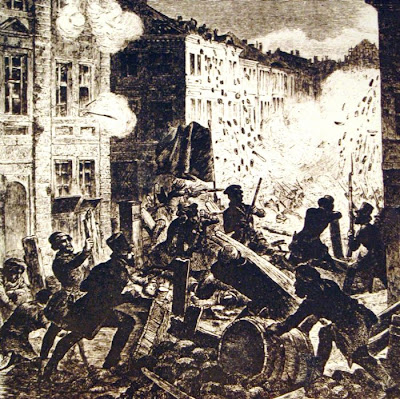 On 30 May 1861, Blair also got President Lincoln to remove the neutrally mannered General William S. Harney from command of Missouri forces. After a visit from Washington, General Harney made an attempt to smooth over the heightened feelings of Missourians by making the Price-Harney agreement. 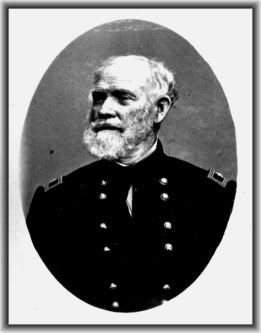 General William S. Harney
This agreement basically said that General Harney would not move troops about the State. Price agreed to keep order in the state and to protect the interests of all. But Blair and Lyon did not approve of this arrangement at all. So they had Harney removed and Lyon was inserted in his place. Lyon was now a Brigadier General, despite his horrible handling of the situation at Camp Jackson. His unacceptable actions as an officer of the United States of America took a neutral state and turned it into a state divided. Consequently, Missouri went to have the 3rd most battles in the Civil War. But Lyon got his due portion coming to him for this horrible deed. He was killed in the battle of Oak Hills/Wilson Creek a few months later that year.
Posted by CSA Brent at 11:54 PM

He is cool,taught and great king!!

It's amazing how easily one or two hot-heads can cause so much trouble.

Yes, that is true. Really just a couple of idiots who didn't consider fully the consequence of their actions. What Missouri might had been like had they not interferred.

You have done your usual great work on the new updates. I appreciate the pictures that you added and your rendition of the event, made it sound like we were actually watching the murders being committed.

I appreciate your effort to make it known that the Camp Jackson fiasco was caused by evil men with a poor understanding of where the people of Missouri stood on the issue of secession. Missouri might have remained in the union if those idiots had not bungled everything.

Thanks Dad for the kind words. It took several hours to do, and there was a lot of content to cut down, but I think it came out well. I wish everyone in Missouri (and the Nation) knew of this incident, but sadly, few do. Hopefully, this will enlighten and inspire some folks to find out more.

Good work on the website Brent. I liked the pictures of Shreveport also. Haven't been there since 89. Hope all is well with you and the family. I spent some TDY time at Ft Bliss and at White Sands. I hope to take some pictures of GG James Whitledges gravesite this year. Talk more later. Mike Coleman

You had some good information. However, you neglected to mention that the Missouri governor, Claiborne Jackson, had been in frequent contact with the Confederate President, Jefferson Davis to appraise him of the need to support his efforts to get the state to secede. In addition, the rebels had sent two cannon to Frost, which were unlimbered as Lyon rode through Camp Jackson. Throughout the "camp," signs and flags assured any observers to see the pro-South and anti-Union sentiment. They were ready to fire on the American Flag flying over the Federal Arsenal.

Rather than being assembled just for "training," this group planned to assault the St Louis Arsenal (only a few blocks away), which contained what they thought had copious weapons and ammunition. Lyon had successfully and secretly removed most of the stores unbeknownst to the rebels. The Federal arsenal at Liberty had already surrendered to Price, Governor Jackson's head of the State Guard. Frost believed the St. Louis Arsenal could be next. Later in his life, Frost confirmed this (after he deserted the rebel army and moved to Canada).